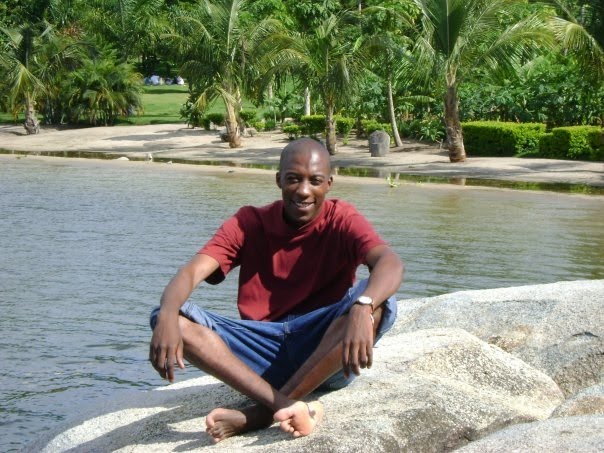 An African Perspective on the Next Pope

Just a few hours before the election of Jorge Mario Cardinal Bergoglio, who takes the name Pope Francis, this article offering an African Perspective on the Next Pope, was published in the 'Millenial'.

'Millenial' is a project of Catholics in Alliance for the Common Good – an online journal and blog that provides world-class Catholic opinion and analysis on the most pressing issues of our times in politics, religion, and culture.  It aims to move beyond partisan and ideological divisions, bringing together all those who support the global common good and the worth and dignity of the human person.

It will be interesting to see how this perspective matches up!
Posted by Allen Kazimierz Ottaro at 1:33 AM No comments: 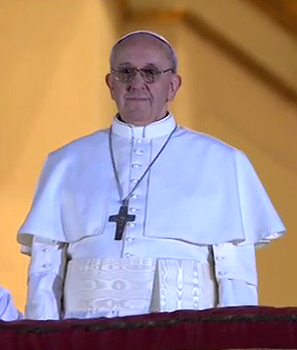 Posted by Allen Kazimierz Ottaro at 1:04 AM No comments:

Interview by a Catholic Ecologist: Hope in Africa: Catholic youth work for sustainability

A few days ago,i was deeply honoured to be interviewed by William L. Patenaude, a Catholic Ecologist who live and works in the state of Rhode Island in the United States of America.

William (or Bill), is a committed Catholic Ecologist-an environmental engineer who holds a Master of Arts in Theology- a man who loves the Church and is keen to promote care for creation. William writes widely and has a new book, "Catholic Ecology in Orthodoxy, a Culture of Life, and the New Evangelization.", coming soon!


Below is his introduction to the e-interview; please click here to re-direct to the full interview on his blog: Catholic Ecology. Thank you Bill for your help with making the efforts of CYNESA known across the US and the world! Asante sana!

Allen Ottaro of Kenya is Executive Director of Catholic Youth Network for Environmental Sustainability in Africa. At 28, he’s traveled and done more than many twice his age. Allen (or Al, as his friends call him) is the face of the African continent’s future—a future of thriving economies and cultures as well as the preservation of its identity, its abundant natural, beautiful resources, and its soul.


Al is a true Catholic ecologist. Because he was kind enough to share some of his thoughts and experiences, I am delighted to share them with you.

[Update (December 4): The following interview takes on even more value given recent statements by Bishop Bernard Kasanda of Mbuji-Mayi in the Democratic Republic of Congo. Bishop  Kasanda has condemned the international community for failing to react to unrest and invasions caused by factions seeking control of mineral and oil resources. Read here for more.]
Posted by Allen Kazimierz Ottaro at 12:40 AM No comments: 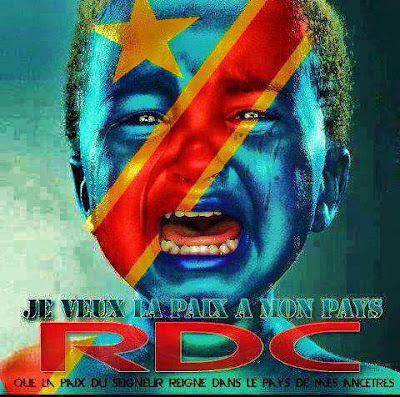 Posted by Allen Kazimierz Ottaro at 11:40 PM No comments:


Her election went against the tide for two reasons: the 'voters', were African heads of state and government-an entirely male club, save for Presidents Joyce Banda and Ellen Johnson Sirleaf of Malawi and Liberia respectively. That Dr. Dlamini-Zuma got these fellows to back her is impressive. Secondly, the AU has laboured to adhere to the so called 'gentleman's agreement' pitting the large AU nations versus their smaller counterparts. In this arrangement, the former were required to 'leave' the AU posts for the latter. This card did not work for Dr.Ping this time round, when South Africa decided that all countries are 'equal' and campaigned hard for its candidate. It seems the other nations concurred by voting in Dr.Dlamini-Zuma. Lastly, the Anglophone-Francophone divide reared its ugly head once again at the continental governance level. South Africa was accused of dividing the continent along language lines. Never mind that English and French are not native to any of the AU member states. Dr. Dlamini-Zuma was quick and smart enough in her rejoinder, stating that she is not 'Anglophone' but Zulu! This for me, was the knock-out punch! Intriguingly, the host, Prime Minister Meles Zenawi of Ethiopia, missed this AU summit for the first time, nursing ill-health in a Brussels hospital. I can only speculate as to whether his absence was a good omen to Dr. Dlamini-Zuma's election prospects!
Away from the politics and more importantly, a crop of African women leaders is set to shape the destiny  and political discourse of the continent.Not many weeks ago, Ms. Fatou Bensouda from Gambia, was elected as the prosecutor of the International Criminal Court (ICC), succeeding Mr. Luis Moreno Ocampo. She becomes only the second prosecutor in the history of the ICC, which has been labeled by some African statesmen (including former AU chair, Dr.Ping), as being 'an African Criminal Court'. It will be interesting, therefore, to see how the relationship between Ms. Bensouda and Dr. Dlamini-Zuma evolves, as the two institutions interact.

I already mentioned Mrs. Joyce Banda, President of Malawi and her opposite number in Liberia, Ellen Johnson Sirleaf. In Kenya, Martha Karua is putting up what is promising to be a bruising battle for the presidency, in a male dominated battle-ground. The boys are running scared!
Early in his tenure, the UN Secretary General, Mr. Ban Ki Moon, picked Tanzanian, Asha Rose Migiro, to be his number two.
I am sure i am missing quite a number of other African women who are taking the continent and the world by storm. Most memorable though, is the competitiveness that Nigerian Finance minister, Mrs. Ngozi Okonjo-Iweala, brought to the race for the World Bank presidency.

Again, the United States and the European Union have some sort of deal, that ensures an American and a European always sit at the helm of the World Bank and the International Monetary Fund respectively. Still, Mrs. Okonjo-Iweala, a former World Bank managing director, put up a strong bid for the job, that eventually went to Obama's nominee, Dr. Jim Yong Kim.
I have a strong vibe that we will be hearing from and seeing a lot more African women on the continental and world stage during this decade.

Africans have reason to look forward to brighter days to come and to salute the African woman!
Posted by Allen Kazimierz Ottaro at 4:06 PM No comments:

I have been reading blogs about Africa these past weeks. However, none of the reads have been as original and refreshing (as well as concrete!), as two interviews given by two Jesuits; the provincial of Eastern Africa, Fr. Agbonkhianmeghe Orobator and the Superior General, Fr. Adolfo Nicolas.

Posted by Allen Kazimierz Ottaro at 2:34 AM No comments:

CYNESA - the Catholic Youth Network for Sustainability in Africa- is growing steadily. The young men and women behind the initiative are more than convinced that their mission and agenda is crucial. In this post, i share with you an article that introduces CYNESA- and invite you to be part of this initiative.

CYNESA, the Catholic youth response to environmental challenges in Africa Photo Credit: CYNESA
Allen Ottaro, Ngonidzashe Edward, SJ, and Tafara Ruvimbo Dandadzi
Despite the large numbers of Catholic youth that the Church in Africa is proud of, there exist only few initiatives addressing environmental concerns that are emerging from, and led by, the youth in Africa.  The duty to promote and safeguard the environment is “the responsibility of everyone”, as John Paul II pointed.  This realization was the subtle beginning of the Catholic Youth Network for Environmental Sustainability in Africa or CYNESA.  Inspired by John Paul II’s message for the World Day of Peace 1990, young Catholics from Kenya, Zimbabwe, Tanzania, and South Africa, drawn from and representing university chaplaincies and parish groups, joined up to respond to this invitation.
In November 2011, faith communities from around the world came together under the banner, We Have Faith – act now for climate justice, to champion for a just and robust outcome of the climate change talks in Durban, South Africa.  Young people from several African countries, joined by colleagues from Europe, formed a strong part of this initiative.  Indeed, many youth-led environmental movements are present in Africa, spurred on by the stark reality that Africa suffers enormously from the effects of climate change and environmental degradation.
Young people are now identifying the mission of CYNESA as the platform through which young Catholics across Africa can offer a response to the twin challenges of environmental degradation and climate change, from the perspective of Catholic social ethics, paying attention to the most vulnerable.  Taking advantage of social media that helped move the initiative, the network aims to respond through:
Education and awareness creation, by preparing a toolkit on climate change that draws from scripture and Catholic social ethics.
Networking and advocacy training, by seeking to establish and build relationships with like-minded partners, and to train young Christians in advocacy on environmental sustainability, and to link different initiatives on the continent.
Encouraging and supporting concrete action plans at the local level, by endeavoring to encourage young people to act in their parishes, schools, and within their youth movements by developing appropriate sustainable practices to conserve resources.
We welcome partnerships from other organizations already engaged in this mission in Africa and beyond, and hope that the network can be a tool that builds the Lord’s Kingdom, by caring for His creation.

Posted by Allen Kazimierz Ottaro at 6:23 PM No comments: